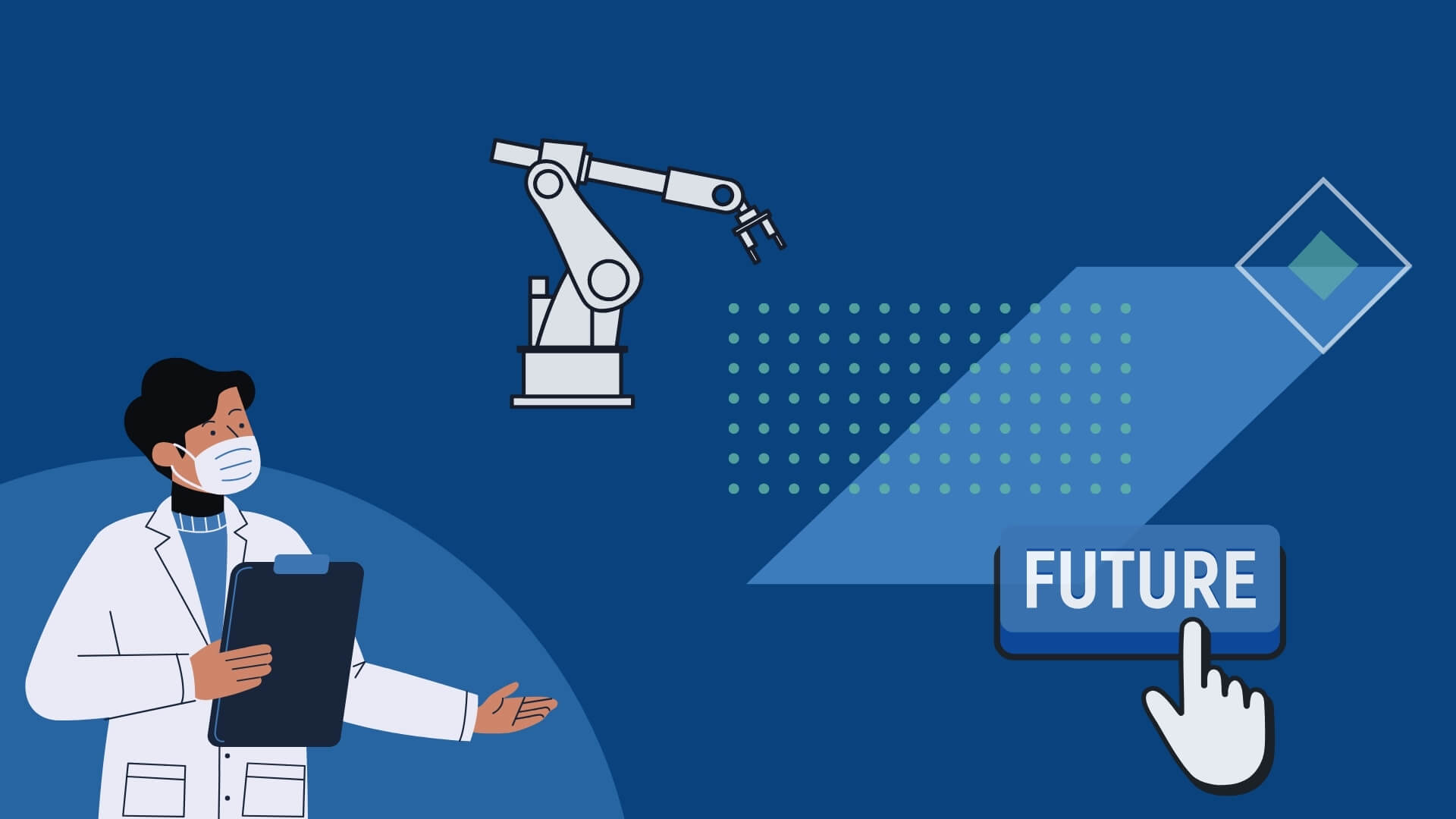 How key opinion leaders assess these trends from a clinical perspective

Due to the rapid pace at which technology advances in areas such as robotics and digitalisation, medical technology is undergoing a major transformation. This transformation offers a multitude of new opportunities as well as new challenges. Innovations have already replaced standard procedures in a variety of areas and led to minimally invasive interventions that previously were unthinkable.

In this article we will take a closer look at trends, opportunities and challenges in minimally invasive surgery together with experts in the field. We interviewed four key opinion leaders from the field of abdominal surgery and we asked them for their assessment of medical technology trends. 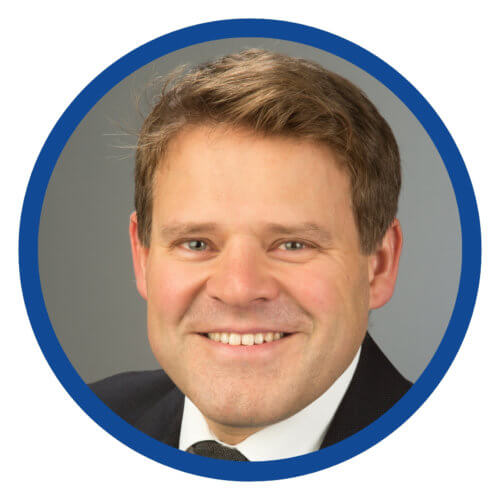 Prof. Perez, a specialist in visceral surgery including special visceral surgery, proctology and thoracic surgery, holds a leading position in visceral and thoracic surgery at the University Medical Center Hamburg-Eppendorf. In the past 10 years, he has been able to contribute significantly to the further development of minimally invasive and robot-assisted surgical techniques in collaboration with companies such as Intuitive Surgical, Google and Johnson & Johnson (Verb Surgical) 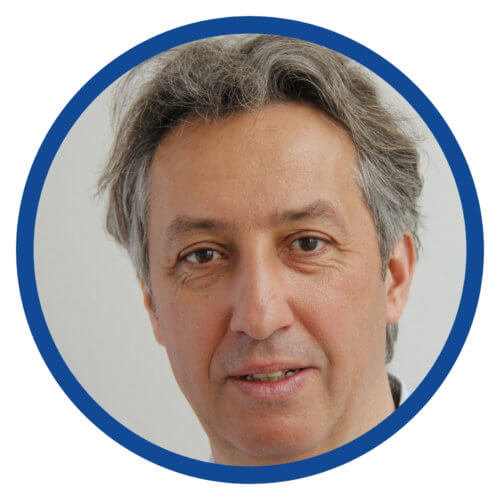 Prof. Thorban is a senior physician and head of pancreas-kidney transplantation at the Surgical Clinic and Polyclinic at the Klinikum Rechts der Isar of the Technical University of Munich. Prior to his surgical work, he worked in pathology, has decades of experience in kidney, liver and pancreas transplantation and was surgical director of the transplant center until 2018. 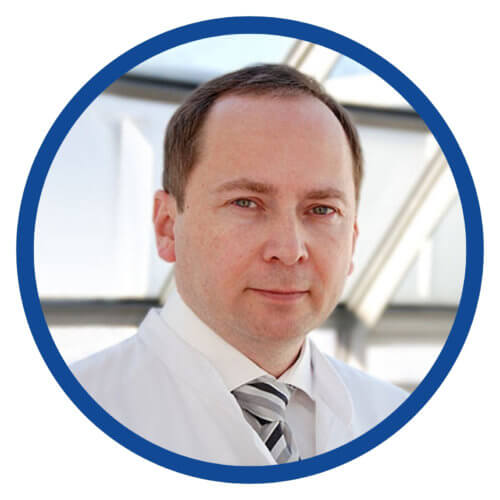 Senior physician at the LMU Hospital in Munich. 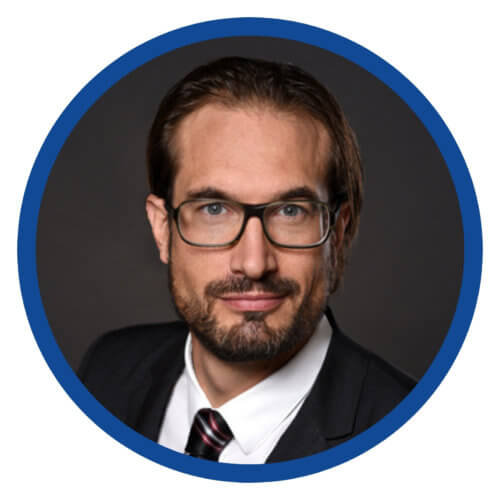 Prof. Wilhelm is a senior physician at the Surgical Clinic, Klinikum rechts der Isar, where he is head of Colorectal and Robotic Surgery.
Prof. Dr. med Dirk Wilhelm is the chairman of the CTAC of the DGCH and heads the MITI research group and the Center for Robotics and Machine Intelligence (MRMI) at the Klinikum rechts der Isar.
His scientific focus is on minimally invasive and robotic surgery, telemedicine, Natural Orifice Transluminal Endoscopic Surgery and CAS.

We asked our experts which technology has had the biggest impact on minimally invasive surgery in the past years. All four of them agreed: the introduction of robotic systems has caused the biggest change. Initially robotics was mainly applied in urology and neurosurgery, but it is becoming increasingly accepted in abdominal surgery as well. “The introduction of robotics has significantly reduced the amount of intra-operative trauma when performing laparoscopic surgery”, explains Prof. Perez. This positive effect can also leads to shorter hospital stays and lowers the cost per patient.

Other milestones that our experts mentioned are improved camera guidance and optics for laparoscopic procedures as well as 3D reconstruction of CT data for surgical planning. Prof. Karcz adds: “Fluorescence spectroscopy provides more precise information on the blood flow to organs and tissues, which is of great importance to the healing process and thus allows us to better predict possible complications”.

Digital and robotic surgery of the future?

Aspects of usability that manufacturers should pay more attention to

Usability is of central importance in medical technology and influences the use of the innovation in practice. “If a technology is not user-friendly it increases the risk of mistakes and physicians will be reluctant to use it”, Prof. Perez explains. Prof. Thorban adds that the compatibility between individual devices should be significantly improved, so that it is easier to use them. The focus should be on the essential functions of the technology instead of making it unnecessarily complex. The more user-friendly the technology is, the more likely physicians will feel confident using them in practice.

“Robotic systems bring considerable advantages, but should not be used in the absence of expertise”, warns Prof. Thorban. Continuous training of end users by the manufacturers should build up the appropriate expertise for the use of complex equipment. Prof. Karcz adds that more attention should be paid to the end users already in the development phase. This would increase the usability of the medical technology, as the product can be modified based on the feedback of the physicians.

The future of surgery with AI and robotics

The use of robotics in the next 5-10 years

Our experts predict that the use of robotics will increase significantly in the next five to ten years. Enhancements of algorithm-based surgical assistance systems, instrument tracking and augmented reality will take robotics to the next level of development. This will make the work easier and further reduce the risks. It will also lower the prices of the technology, which would lead to greater use of the devices in practice. “In a few decades the technical units could be miniaturised even further, which means that smaller robots could take over parts of the operating theatre”, Prof. Karcz explains. He adds that they could also be used pre-operatively, for example to clean the digestive tract.

We asked Prof. Karcz and Prof. Wilhelm the following question: is the first fully autonomous appendectomy possible in 2025? An appendectomy is a common emergency surgery that is well-standardised, which would make it suitable for a robotic system. Both experts believe that it will be technically possible to do this by 2025. “Autonomous camera systems already work very well in the laboratory”, Prof. Wilhelm says. Prof. Karcz adds that in five years a fully autonomous appendectomy will be possible, but it will be done in laboratories on models or animals. “The main obstacle to overcome to perform this surgery won’t be technical, but it will be legal and ethical”, according to Prof. Wilhelm.

The ethics of having a robot as a surgeon

Some of the issues that arise when it comes to robotics in medicine are legal and ethical. Who is responsible when the robot makes a mistake? And do we feel comfortable being treated by a robot instead of a human? Both Prof. Perez and Prof. Wilhelm compare autonomous surgeries to autonomous driving. The difference isn’t the technology, but the environment and setting in which the robotic system operates.

“For a car there are clear streets, precise traffic rules and the car itself has a certain stability that I can count on”, Prof. Wilhelm explains. “In healthcare this is only partly true. There is a high heterogeneity, but individual patients can respond differently. This asks for the intuition of a physician and not for a robot who only follows a set of given rules”. If the patient responds as expected, the robot can execute the job perfectly, but a robot doesn’t have the intuition a human physician has when something unexpected happens.

The progress of these technological trends such as robotic systems in minimally invasive surgeries will not only depend on the technical possibilities, but will be heavily influenced by the ethical side as well as the user-friendliness of the devices.